If you read anything about hair loss (male pattern baldness type), then you will know that the DHT is the evil chemical that leads to hair loss.

In reality, like everything in life, it’s a little more complicated than that. Men who suffer from baldness have hair follicles that are sensitive to DHT, which leads to these hair follicles getting smaller and smaller when put into contact with DHT.

In a perfect world, we would beat hair loss by changing the genetic code of men with Male pattern baldness, so they are no longer affected by hair loss. Sadly a treatment like this is a very long way off.

So most modern hair loss treatment tries to block DHT or help keep DHT from staying in the scalp.

Androgenic alopecia, also known as male pattern balding is the primary reason some men lose hair, as they get older.

Although women may experience this kind of hair loss, it is very rare, unlike men. Studies believe that sex hormones in the body are the culprit behind male pattern hair loss.

DHT or Dihydrotestosterone is a derivative of testosterone, which scientifically has been linked to hair loss. DHT is an androgen, which contributes to the development of male sex characteristics, which also include body hair.

Nevertheless, it can make an individual lose his or her hair earlier than expected and at a faster rate.

Usually, because of hormonal changes or genetics, hair follicles develop sensitivity to DHT and then begin to shrink.

This process curtails the normal hair growth cycle and ultimately prevents new hair from growing. Because of this, people with high-level DHT become prone to experiencing hair loss.

The Problem with Reducing DHT Levels

However, the issue is that DHT does more than it contributes to hair loss. DHT plays an important role in mode regulation and sexual development in men.

Therefore reducing DHT levels whether intentionally or unintentionally may affect the body’s hormone system and cause:

In addition, since DHT blockers such as Propecia have an impact on the hormone system, it is advisable for expectant mothers or those that may become pregnant to avoid it because it may increase the tendency of having birth defects in male babies.

Here are two medical treatment options for blocking DHT that might work for you:

The most popular drug for blocking DHT from being produced or at least reducing it to lower levels is called Finasteride sold under the brand name Propecia or Proscar.

This drug was first used to treat prostate issues, but it was found that it also stopped hair loss.

In simple terms, Propecia works by reducing the production of DHT, which means less harmful DHT in the scalp and thus less damage to the hair follicles. 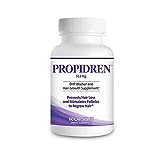 Another treatment that works similar to Propecia is called Saw Palmetto, which is a herbal drug that similarly blocks DHT.

However, there has been no formal testing, so the jury is still out on its effectiveness.

The problem with the above type treatments is that they are making significant hormonal changes to affect just a small part of the body.

These hormonal treatments thus have significantly more side effects regardless of what people tell you about the “natural, side effect free” properties of Saw Palmetto.

There has been some discussion about adjusting the diet to try and reduce DHT levels as the majority cases of baldness has been seen in developed, western affluent economies.

The following diet changes are worth testing but don’t expect it to stop your hair loss overnight: 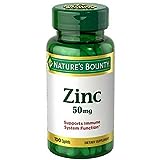 Zinc is a natural DHT blocker, so be sure to make sure you get enough in your diet.

Eat a lot of seafood to get more zinc into your diet! 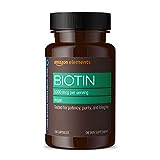 Why Does DHT Affect People Differently?

Your proclivity to experiencing hair loss may be genetic (passed down through your family). For instance, if your father had male pattern balding, there is the tendency of you experiencing such as you grow older.

Additionally, the shape and size of your head may contribute to how quickly DHT shrivel your hair follicles.

DHT is a healthy and normal hormone in males. Therefore, unnatural reduction in the hormone level may have some side effects.

How to Reduce DHT Blocker side effects

Undoubtedly, the best way of reducing these side effects is by reducing the amount of DHT blocker you take. Additionally, you can find other means of doing this without depending on DHT blockers. Remarkably, you can do this in the following ways:

Besides these, you may consider using biotin (vitamin H), which helps convert liquids and food into energy used by the body. Furthermore, this vitamin helps in maintaining and boosting the level of keratin, which is present in the skin, nails, and hair.

Biotin is present in whole grains, nuts, and egg yolks. It is also available in an oral supplement.

Additionally, the following can help reduce hair loss caused by DHT. These include pumpkin seed oil, pygeum bark, caffeine, Vitamin B-6, and B-12.

How Common Are These Side Effects

The beautiful thing is that these side effects can occur in a small minority of men especially those that use DHT blockers like Propecia.

However, if you observe any sexual malfunctioning due to DHT blockers, note that they are always temporary and will return to normal once you stop using the drug.

Regarding any medication, it is always advisable to consult your doctor or physician. Discuss with your doctor whether DHT blockers or other treatment is suitable for you. You can also seek for a practical and effective option in putting your hair loss problem to a stop.

DHT is popular and a major cause of pattern hair loss in men and women. It has been linked to both natural genetic predispositions to hair loss including natural processes in the body that leads to hair loss as one age.

Nevertheless, there are various hair treatments addressing this issue. They proffer a solution that stops your hair loss and makes you feel confident about your personality and appearance.

However, it is important to consult your doctor considering any kind of treatment because of the side effects of using DHT blocker for your hair loss problem.

baldpete
As a man or woman, especially if you're a working class, hair loss or balding can be worse than the usual alarm that wakes...

Hims Vs. Keeps: Which is Better?

Reviews of The Best Hair Loss Concealer On The Market